Why Scriptwriting is a Major Part of Video Production

What do all great movies have in common? They began as an idea that was then converted into a script.

The same can be said when it comes to creating video content for your business.

The importance of scriptwriting in video production goes far beyond simply having words ready to say when it’s time to film. Your script will ensure that the content you create matches your brand and captures the attention of people who you are most interested in reaching.

Let’s talk about the need for using scriptwriting for video production, why it’s essential to creating quality content, and the advantages it will have during the process.

Why is Scriptwriting Important?

The purpose of scriptwriting is to create the main concept of your video production in written form. It provides a predetermined look at what will be said and what scenes will be shot to match the overall message you’re trying to portray. Your script will help you plan ahead as you prepare the many different aspects that will come together to make the final product. 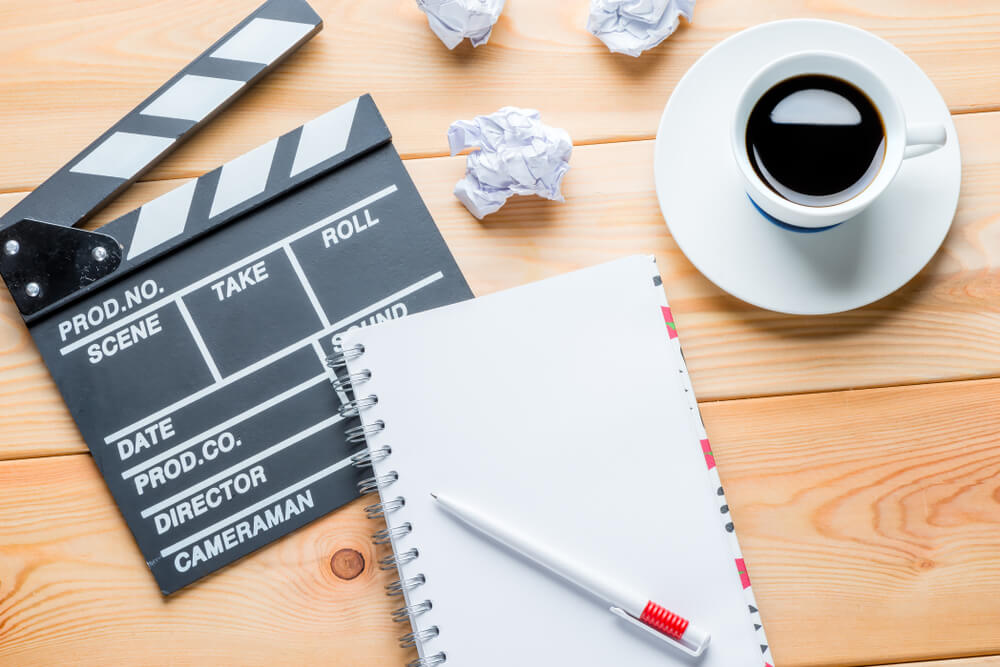 As you begin to understand the importance of scriptwriting in video production, you’ll see this content is created with performance in mind. Not only the performance on camera but also how well the video performs as a marketing tool.

Because a script will make your video more concise and to the point, you can prevent the dialogue from going on and on about irrelevant points that don’t benefit the audience. And in the end, you’ll be able to develop the narrative for your video so that you can describe your purpose effectively from beginning to end.

8 Benefits of Scriptwriting for Video Production

Once you understand why scriptwriting is so important, you’ll begin to see the advantages that come with using this tactic in your video production. From defining your narrative to determining who the video is for, the purpose of scriptwriting will become self-evident in the final outcome.

1. Create a Visual Concept on Paper

Can you imagine what a major motion picture like The Godfather or Jurassic Park would have been like if they hadn’t created a script first? Movies like these had the context of the characters, the storyline, and the dialogue mapped out long before they began filming. This allowed everyone from the actors to the producers to understand what was expected of them throughout the process.

When it comes to using scriptwriting for video production, your business needs to put together a clear idea of what you want to be said in your content. This written concept will create a visual that you can follow from start to finish.

2. Focus on Your Target Audience

Before you even begin the scriptwriting process, you must determine who your video will be marketed to and how you will reach them. By doing this, you’ll know how to phrase the context of your message as well as what should be said in general. Quite simply, you have to know who your target audience is before handling the scriptwriting for video production.

As you identify this market, it will be much easier to develop an advertising strategy that is effective and leads to more conversions.

When you focus on writing a script before you make your videos, you’ll be able to create the scene ahead of time. If you simply “wing it” during your filming, then your production team will spend a great deal of time shooting scenes over and over as they try to find the best way to make the scene work. 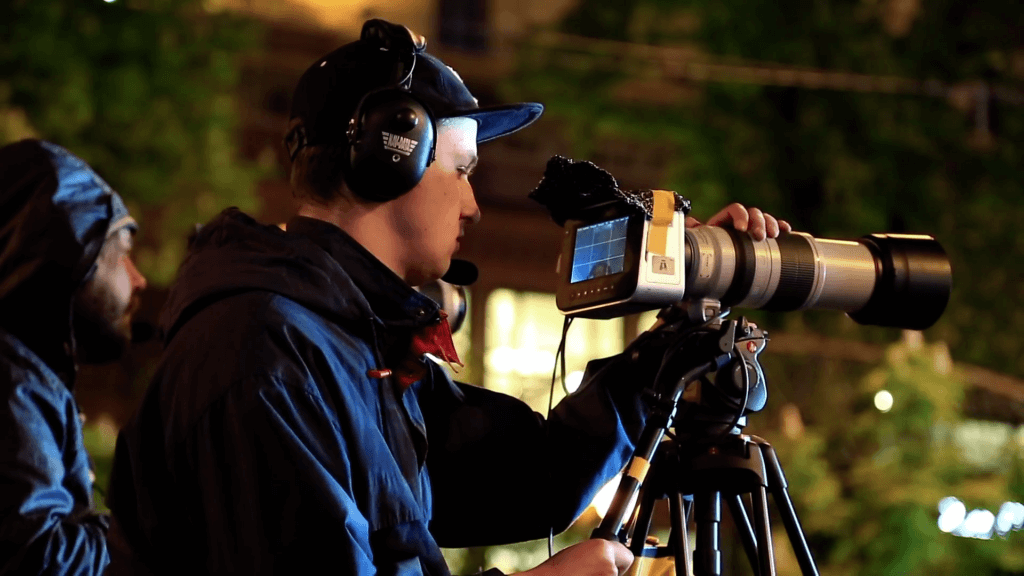 One of the biggest benefits of scriptwriting is that you can save time by setting the stage in advance. People in your video will know what to expect and can quickly adapt to the scene as they follow the manuscript that they have on hand.

As with most facets of business, saving time also means saving money. Using a script is one of the best ways to streamline your video production process and avoid wasting an overhaul of resources as you create the content. Less time filming leads to a smaller budget requirement for your video marketing goals.

The commonly-used concept of most consumers having the attention span of a goldfish may be a bit over the top. But we all know that the world is filled with companies fighting to get noticed by their target market. With only seconds to capture your viewers’ attention in your video intro, the first line of your dialogue has to be instantly engaging.

A script is the most definitive way to plan this out.

You don’t want your spokesperson sitting there with a camera in their face as they try to come up with something catchy on the spot. Instead, use scriptwriting for video production to have that all prepared beforehand.

6. Get Your Message Across

A company’s brand is the most vital aspect of its marketing efforts over the long term. The importance of scriptwriting in video production for branding purposes is essential to maintaining your business vision and sharing your mission with the world.

Putting together a script before the production process will allow you to review what is being said so you can confirm the content aligns with your overall brand strategy. Otherwise, you could end up having to go back and redo shoots to fix scenes that shared something you don’t agree with.

Consumers don’t want to simply have a whole bunch of information spewed in their general direction. People want to learn about products and services through the special art of storytelling. 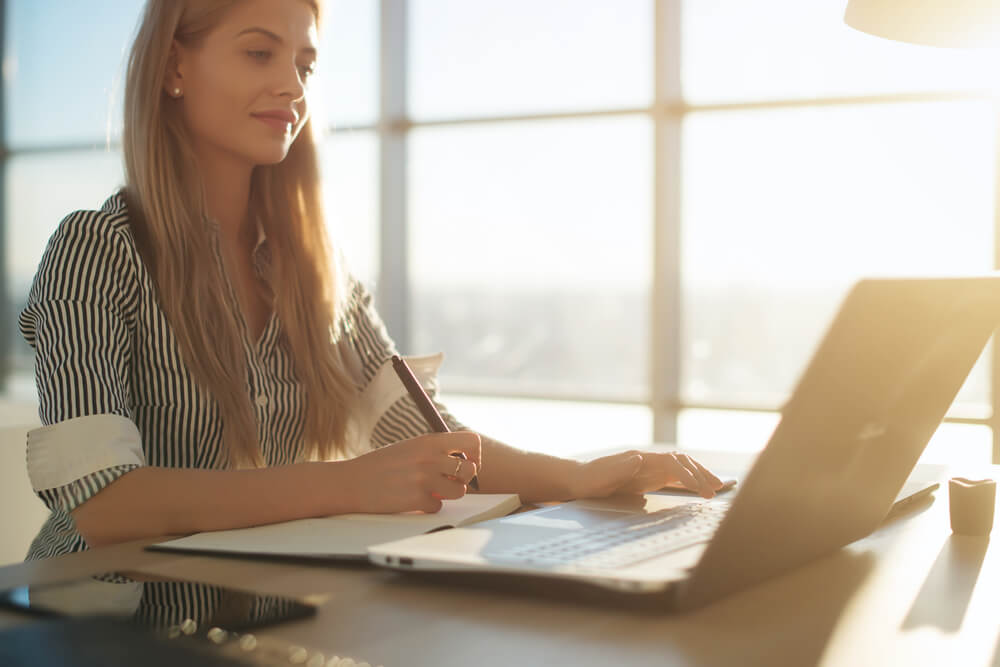 Among the most noticeable benefits of scriptwriting, this written dialogue allows you to share your content in a way that is engaging and interesting to the viewer base. The more captivating your narrative, the more likely people are to take action. When done correctly, this is what gives video higher conversion rates than other forms of content.

All in all, the most important perk of scriptwriting in video production is that you’ll end up with one or more videos that perfectly align with your brand. Beyond that, you will love the results that you’ll see when it comes to views, engagement, and overall conversions. It will also be easier to take your longer videos and create pieces of micro content that you can use over longer periods of time.

With video becoming a more powerful marketing tool with each passing day, the better your video, the more you’ll see a return on your investment. Especially when you put together social media video packages that you can share, this type of content is the best way to promote any business across any industry.

Make Sure You Use Scriptwriting for Video Production

As you seek out the best video production company, make sure you talk to them about their scriptwriting process. If any of them say they don’t use scriptwriting for video production, turn around and run away. Your business needs video and this step is absolutely essential to creating success in your marketing efforts.

No matter what types of video services you are looking for, the importance of scriptwriting falls in line with every one of them. Don’t skirt around this important step when you start developing video content for your business.

WE WORK WITH STARTUPS TO INDUSTRY LEADERS