Viral videos are the dream of every business owner and content creator alike. They understand that if you create a great advertisement, people naturally want to share it. Many companies feel a viral video is a way they’ll be able to reach a broader audience at no extra cost.

But is a business video really going to go viral for free?

Research shows people are more likely to buy or recommend a product if they see it through shared content rather than simply content they found while browsing. This means you have the opportunity to increase the likelihood of each viewer buying your product.

Learning how to make a video go viral takes time, patience, and a bit of luck. But it can be done.

By using paid ads and other promotion techniques, you can help your video reach a larger audience, which makes the content more likely to go viral. If you want to have a successful marketing campaign, you need to put more money behind viral content.

Business Videos Don’t Go Viral on Their Own

A business video simply isn’t going to go viral on its own. For every piece of viral content out there, there are millions of videos no one has ever seen. This is because the viral content you see doesn’t reach such a broad audience on its own.

Instead, people deliberately design content to interest a wider audience. In some cases, this kind of content is created by accident.

A good example of this happening was the video lovingly known as Charlie Bit My Finger. 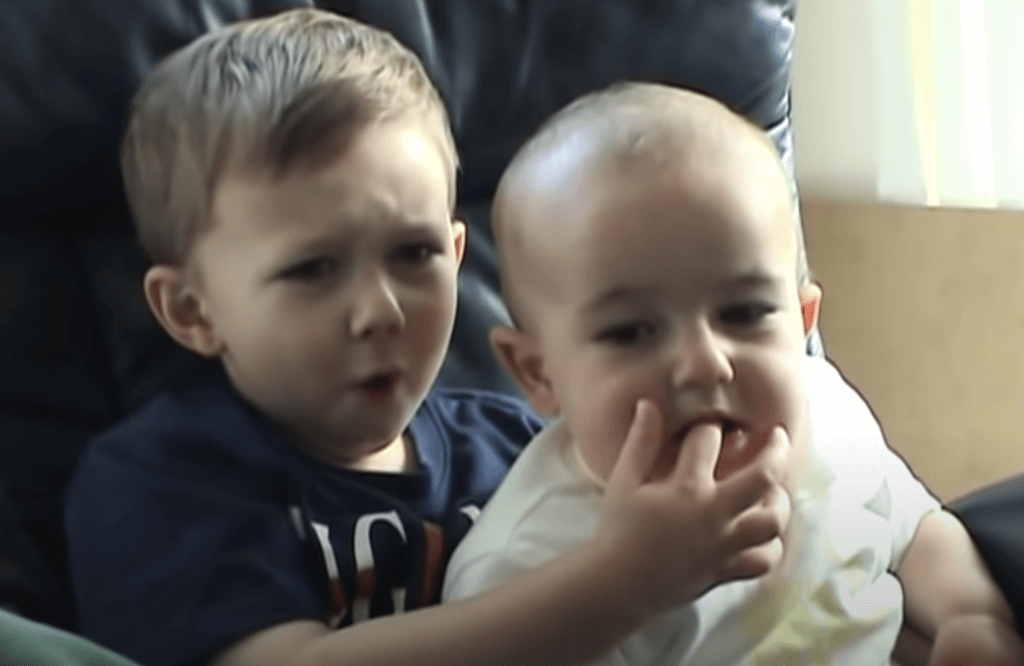 Currently, Charlie Bit My Finger has more than 878 million views. Even though it is nothing more than a home movie of a little baby biting his older brother’s finger, it has remained an internet sensation for more than a decade. Today, little Charlie is about 15 years old.

While the video is simple, there are a few factors that made it go viral. Its cuteness and humor made people want to share it. Soon after, people even did funny remakes and parodies of the clip.

Psy’s Gangnam Style was another example of what makes a video go viral. Catchy lyrics, unforgettable images, and an iconic dance made people want to share this 2012 music video. By 2013, the video had more than 1.8 billion views on YouTube and countless parodies only a year later.

Keyboard Cat is another good example of the power of cute animals in viral videos. While this video has more than 61 million views, this only accounts for the original video. After it was made, Keyboard Cat was added to countless other videos as a way of showing it was time to wrap things up after a particularly awkward situation.

Many viral videos use features like cute children, animals, or catchy music to go viral. Even though there are commonalities between these videos, it is impossible to intentionally recreate a viral video model. In particular, it is almost impossible to make business videos go viral organically.

If you want to make your video go viral on its own, you’d have to spend months and years building an organic following with millions of followers. Most bloggers and online content creators work to build this type of following over the course of their entire careers.

The reality is if you want to make your business video go viral, you’ll need to put some money behind it with paid advertisements to get it off the ground.

How does a video go viral if you don’t have an organic following?

When it comes to developing an online business brand with video, companies can pay for views. A variety of paid options like YouTube, Google, and Facebook advertisements help show off your video to potential viewers and buyers. In addition to getting brand exposure, this method can lead to viral exposure if enough of the viewers decide to share your video with their friends and family members. 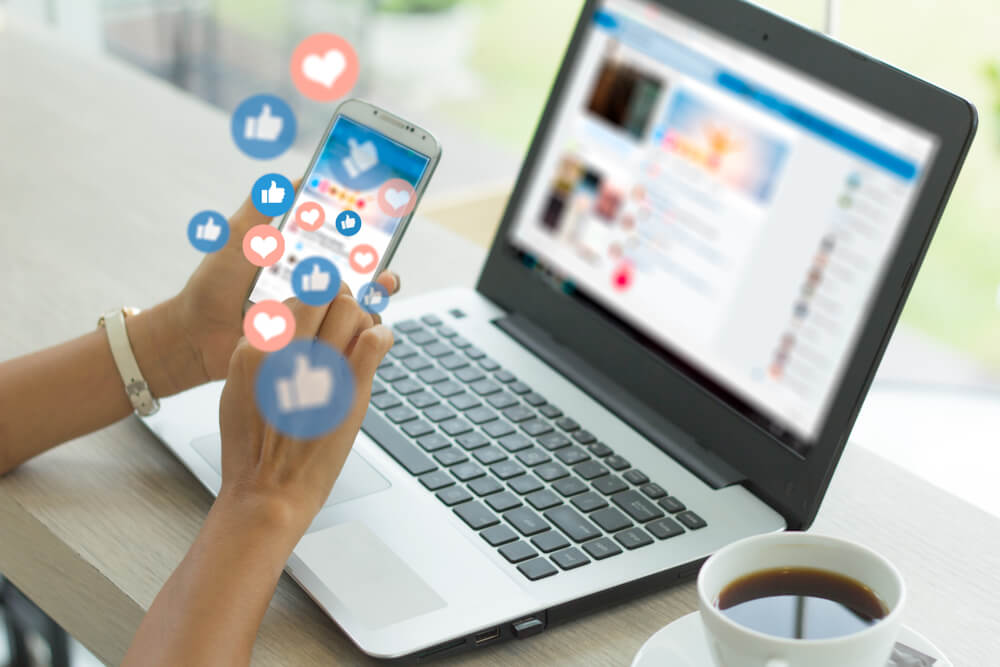 If you are trying to determine how to make a video go viral, you can start with YouTube Ads. Each day, more than a billion videos are viewed on YouTube. As the top video-watching site in the world, YouTube is where your viewers are.

It is easily one of the most important places to share your video content if you want to reach a broad audience. By advertising directly on YouTube, you can increase the odds of your video going viral. You can advertise your video through video ads, banner ads, as well as in-video overlay ads.

Google owns YouTube, so you can technically create YouTube Ads through Google. In addition to making video ads for YouTube specifically, you can also make video ads appear on other sites where Google Ads appear.

When you use the Google Display Network, you can select your audience based on demographics like their age, location, and gender. In addition, you can market to people who have specific interests or affinities. Through a video campaign, you can market your viral videos on YouTube or with any Google video partner.

According to StatCounter, Google has 91.38% of the global search engine market share. Each day, the company processes more than 3.5 billion Google searches. Because of its dominance in the search market and its ownership of YouTube, you can’t afford to miss out on Google Ads when you craft your next marketing campaign for viral content.

For Facebook Ads, you can make viral video ads for in-stream, newsfeed, and stories. You can also tailor your ad to specific audiences or goals. For example, you can create objectives such as reaching a certain number of viewers, clicks, or shares.

Influencers are people who have a lot of followers on social media sites. Because of this, the videos and posts they share can get viewed by thousands or millions of people. Reaching out to social media influencers is a strategic way to get your videos to go viral as they are shared with already established followings.

Examples of Business Videos that Have Gone Viral

Over the years, a number of business videos have managed to go viral. But very few companies did it without already having a following or putting money behind their content.

However, one of the greatest examples of a viral business video is this one from Dollar Shave Club.

This brief video was viewed more than 3 million times within 72 hours of being posted on YouTube. The simplicity of humor of the clip made it massively popular as the ad now has more than 27 million views.

As another example, TrueMoveH’s Giving video started as just a video marketing tool, but it quickly went viral in 2013. Today, this video has more than 40 million views. It became popular because it evoked empathy with an emotional, relatable story.

Then, there’s Old Spice’s The Man Your Man Could Smell Like, a perennial favorite and a top example of a viral video. When it first came out, everyone shared this video because of its humor and creativity. Old Spice had a marketing budget for online and television ads, but the hilarity of the video quickly caused it to take off organically as well.

You can increase your odds of going viral by using sponsored content, which is when a sponsored post or video appears alongside user posts in their newsfeed. In many cases, one business sponsors the creation of video content by someone else.

Because of how the content is sponsored, this kind of content is rarely salesy and instead focuses on entertainment or information. Casual viewers don’t feel pushed to buy something.

A good example of this content style is product review videos. This content is made by someone other than the company to honestly review the product so viewers can decide if it has the features they want or not.

When you are creating a video marketing campaign with the intent to go viral, you have to decide on your objectives before you can determine the steps you need to take. Often, people will focus entirely on the number of views they get, which is problematic because views don’t always equal more sales. 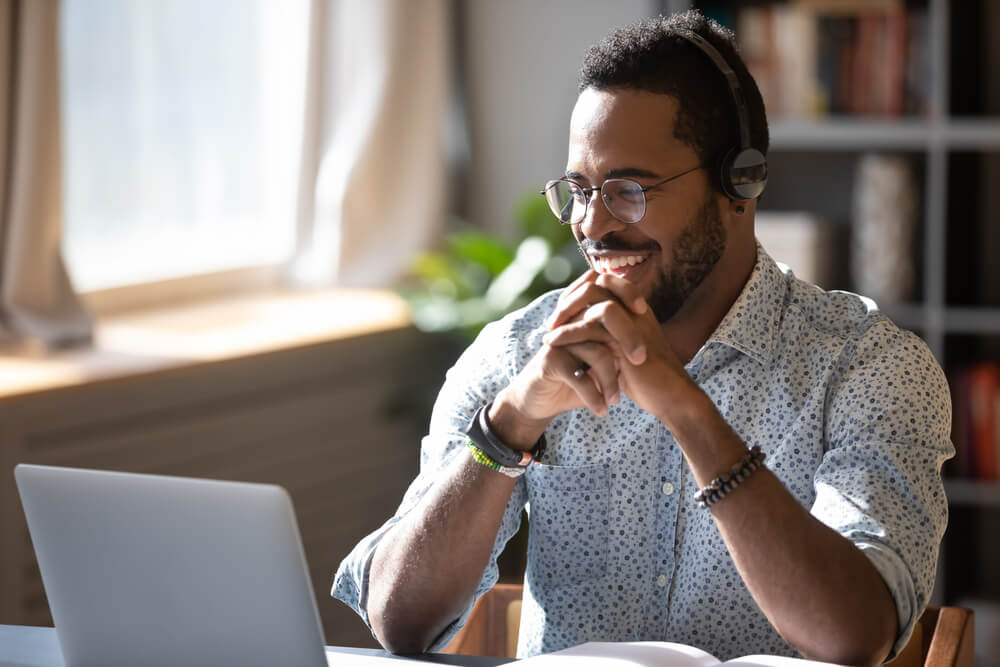 A cute video of puppies or a funny clip about cheap razors might be fun to watch but many viewers won’t do anything else afterward. If you want your viewers to be buyers, you need to use targeted ads that focus on reaching the right audience.

With a targeted ad, you can place your products and services in front of viewers who will take action. You can narrow down your audience preference with this kind of ad, so the only people who see it are individuals who might be genuinely interested in buying from you.

Through viral videos, you can reach far more people than you normally would. However, most business videos aren’t going to go viral on their own. If you want to give your content the best chance possible, you need to create targeted ads and give your audience a chance to watch your ads.

Working with an experienced video production company like Top Notch Cinema has huge benefits when it comes to planning out your paid video ad content! Get in touch with us today by calling (332) 255-2456 and see how we can help your videos reach more people!

WE WORK WITH STARTUPS TO INDUSTRY LEADERS